Dr. Harrison studies environmental, climate, and energy policy, federalism, and comparative public policy. She is the author of the book Passing the Buck: Federalism and Canadian Environmental Policy and co-author of Risk, Science, and Politics. In addition, she has edited or co-edited several volumes, including Racing to the Bottom? Provincial Interdependence in the Canadian Federation, and Global Commons, Domestic Decisions: The Comparative Politics of Climate Change. She has published over 50 chapters in edited volumes and journal articles, including in the Canadian Journal of Political Science, the Canadian Journal of Economics, the Journal of Policy Analysis and Management, and Global Environmental Politics.

Harrison is a regular commenter in print and broadcast media, and has written numerous op-eds published in the Vancouver Sun, Globe and Mail, and Macleans. She has advised local, provincial, and national governments.

Harrison was UBC’s acting Dean of Arts from 2016 to 2017, Senior Associate Dean, faculty and equity from 2015 to 2018, and Associate Dean, strategy and communications from 2008 to 2011. She has served on the editorial/publication boards of UBC Press, Canadian Public Policy, the Canadian Journal of Political Science, the Journal of Comparative Policy Analysis, and Regulation and Governance.

Dr. Harrison’s awards include Fulbright Fellowships in 1999-200 and 2006-7, a Gilbert White Fellowship at Resources for the Future, the UBC Killam Research Fellowship, the KD Srivastava Prize from UBC Press, the John Vandercamp prize for the best article of the year in Canadian Public Policy, the JCPA-APPAM prize for the best comparative paper at the APPAM annual meeting, the Edward Clarence Dyason Fellowship at Melbourne University, and the UBC Arts Undergraduate Society’s Just Desserts Award for contributions to student life at UBC.

Before beginning an academic career, Harrison worked as an engineer in the oil industry, a public servant for the government of Canada and the US Congress, and a journalist. 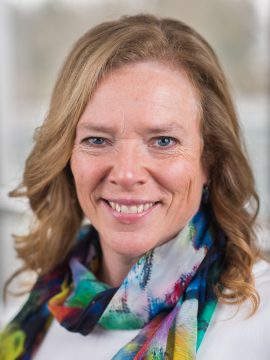